Here it is, another fun contest for the Wizard101 Friendship Festival!!  Ditto has been given prize codes for a bunch of AWESOME mounts, and I am excited to give them away to my fans!  So how can you win a mount?  Well – just tell me which one you want, and you’ll have a chance to win it! 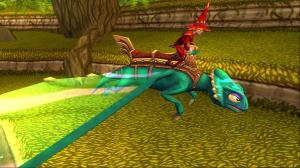 To enter the contest, it’s as easy as ever – send an email to dittocontest@gmail.com with a subject of ‘I want to ride a ______’ and tell me what mount you want.  In the email, tell me why you want that mount, and make sure you include your wizard name too!  I have multiples of each mount to give away, and each winner will be randomly chosen from their own group, So if you say you want a T-Rex, you’ll be randomly drawn from only the entries who want a T-Rex, and you’ll win a T Rex – cool huh?

The mount choices I have (Must choose from this list, as I don’t have codes for anything else):

As always, only one entry is allowed per email address, so it’s fair for everyone.  There will be at least three winners chosen per mount type (That’s at least 27 winners!) and I will draw the winners on Sunday, February 17th.  That’s two weeks to enter, so you’ve got plenty of time!  I’ll do a few twitter contests during that time too, to keep it interesting!

Also, don’t forget that a LOT of great Wizard101 Fansites are also taking part in the Friendship Festival, so you’ll have lot of chances to win all kinds of great, fun prizes throughout the festival!   Good luck to everyone, and as always, have fun and play safe!!

This entry was posted on February 2, 2013 by dittowizard. It was filed under Contest, vBlog, Wizard 101 .